Using vocabulary precisely in IELTS is very important for getting a high score in lexical resource. Affect and effect are often used incorrectly even by native speakers!

Let’s look at the difference between these and how can they be used in a sentence accurately.

They are not exactly synonyms, they are homophones, which means they sound the same but are spelt differently. There are some exceptions when affect can be used as a verb or effect used as a noun, but generally speaking, these are the rules below: Let’s take a look at grammatical range and accuracy in IELTS writing.

My advice is to focus on accuracy rather than range at the start and when you get confident with accuracy you develop your range of grammar. You need to think of the reader when writing and essay. If you are just trying to impress the examiner then you are not considering the overall coherence of the essay. Keep it concise and simple. Of course, if you have a consistently wide range of grammar with good accuracy then you are well on the way to a Band 7 or more. 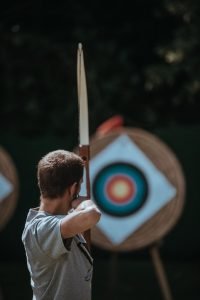 Being concise and keeping it simple.

I quite often get essays that contain ‘flowery’ or convoluted sentences and vocabulary which makes it hard to understand what point is being made. My advice here is to keep your wording simple, direct to the point and concise.

It seems that many students try too hard to use  ‘complex sentences’ or ‘high level’ vocabulary and completely miss the point of communication, so in the end the reader (the examiner in this case) has trouble understanding. For a high band score in IELTS writing, it is important to use conjunctions effectively. This shows the examiner you can use grammar precisely and helps the flow of your essay, which makes it easier for the reader. A conjunction is a word used to connect clauses or sentences. These are marked under grammar and are directly linked to coherence and cohesion in the IELTS marking criteria.

If you make mistakes with conjunctions it will affect coherence and cohesion. In fact ‘complex sentences’ can be constructed using conjunctions. Let’s take a look at some of these and how to use them correctly. 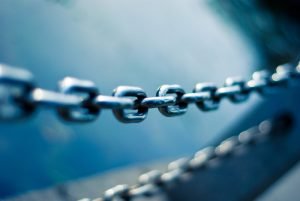 A guide to linking and cohesion in IELTS writing.

One of the most important skills for getting a good score in the IELTS writing exam, is the way cohesive devices or linking devices are used. In the marking criteria for task 2 essays and Writing task 1 reports, Coherence and Cohesion accounts for 25% of your marks. So it is important to have an essay that flows naturally and is easy for the reader to understand. A key component of this is cohesive devices, however, use them correctly and sparingly. 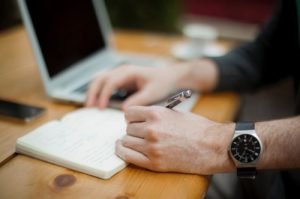 It is important to use some ‘complex sentences’ in IELTS writing task 2 otherwise you are unlikely to get a band 6.5 or above. However, not all of your sentences have to be  ‘complex’ you need to use simple sentences too.

Remember that grammar accounts for 25% of your marks in the writing tasks but there is some confusion in IELTS about what a ‘complex sentence’ actually is. 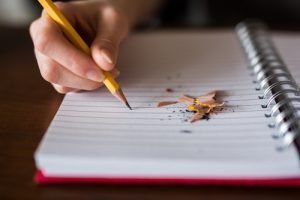 The most common mistakes I see in writing are with articles (the, a, an) and countable/uncountable nouns. Over many years of marking IELTS essays and listening to students when speaking, I have noticed these same mistakes over and over again.

How to use instead / instead of / rather than.

When writing essays in IELTS task 2 (it also comes in handy for the speaking test) you will need to use ‘instead’ or ‘rather than’ to show preference, changing trends, opinions or facts. Here are some sentences based on the topic of technology and internet use. 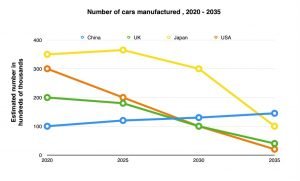 Sometimes in IELTS academic writing task 1, you may be presented with a graph showing a future prediction.

In this case, you need to use the future tense with some specific academic phrases. Let’s have a look at the grammar needed in case you get one of these in the exam. Note that the data in this task is dynamic, which means it changes over time.

How to use Almost all / Most / Almost

A quick grammar lesson here. Let’s take a look at some common grammar mistakes using the word most / almost / almost all. Remember that the IELTS examiners mark you on the range and accuracy of your grammar in the speaking and writing section.