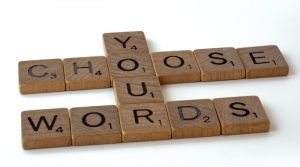 When I mark IELTS essays I often find that the same words keep coming up in the writing, such as ‘a lot of’ / ‘humans’ / ‘nowadays’ / ‘like’

In fact, these are not wrong and using these in your sentences would not be considered grammatically incorrect. However, the IELTS examiner is checking to see if you can use a wide range of vocabulary. If possible, try to avoid overusing these words to help with a better vocabulary score… See the post below.

Which of these sentences below look more academic?

1. A lot of people nowadays are shopping online, like using Amazon prime to buy clothes and electronic goods.

2. A growing number of people in recent years tend to do their shopping online, such as using Amazon prime to buy clothes and electronic goods.

Sentence 2 is better as it uses a collocation ‘a growing number of’ and ‘in recent years’ it uses hedging language ‘tend to’ and ‘such as’ for an example.

Click this link for how to use ‘tend to’

The word ‘like‘ comes across as informal in IELTS writing when stating an example. Instead, use ‘such as‘ or ‘namely‘ to give a brief example.

Avoiding ‘a lot of ‘

Take a look at these two sentences below, which do you think has a more academic feel?

Both sentences are correct grammatically but the 2nd sentence above is much better as it uses a collocation.

Below are more academic ways to say ‘a lot of’’ + countable noun. (In sentence 6 ‘money’ is an uncountable noun) These phrases below are collocations and this would be better for your vocabulary score.

A growing number of people believe that A.i and robots will take their jobs in the near future.

A large number of wild animals are losing their natural habitats.

A large proportion of new cars have hybrid engines now.

A significant number of people are working from home recently.

More and more policy makers are concerned about the environment.

By 2030, the vast majority of cars will be electric vehicles.

If I used the words ‘a lot of‘ in place of the bold phrases above it’s not incorrect but it seems like weak use of vocabulary for an academic essay. I tend to see this a lot in Band 5 or Band 6 essays.

Correct use of the word ‘humans’

This a word that is often used in the wrong context and is common in Band 5 or Band 6 essays.

‘Humans’ should only be used in the context of peoples affect on natural habitats, environment, comparing with other species, space travel and evolution.

Human activity, such as deforestation for the building of housing projects has had a detrimental effect on most species natural habits.

It is highly likely that there will be human settlements on Mars by 2040.

Humans have evolved over thousands of years to speak many languages.

Of all the species, humans are considered the most intelligent.

In the sentences below use ‘people’ instead of ‘humans’

People these days tend to depend too much on their smartphones.

People could be living on Mars in the next 20 years. (I can also use humans here)

More and more people are deciding to live a minimalist lifestyle now.

Most people are worried about the effect on the economy because of coronavirus lockdowns.

Many people would say that global warming is a scam to tax citizens and make profits from carbon taxes.

I see these words to start an introduction in many essays. It seems students like to use this as a synonym of ‘recently‘  This is not actually incorrect but it would be better to use a phrase such as ‘In recent decades / Currently / In recent times / In recent years.

Which of these sentences below would be better?

a) Nowadays many animals are on the endangered list or are close to extinction.

b) In recent times, many animals are close to extinction or are on the endangered list.

c) Nowadays, the vast majority of people are using the internet for studying online.

d) Currently, the vast majority of people are using the internet for studying online.

e) In recent months, the vast majority of people have been using the internet for studying online.

Sentiences b, d and e would be better here, it is not incorrect to use ‘nowadays’ but in my view this word is overused in IELTS essays.

How would you improve the paraphrase to this IELTS writing task below?

Task:
In recent times many wild animals are near to becoming extinct, while others are on the endangered list. What are the reasons for this, what can be done to solve this problem?

Paraphrase:
Nowadays, a lot of wild animals have been listed as endangered and some are close to extinction.

In recent decades, a growing number of wild animals have been listed as endangered and some are close to extinction.