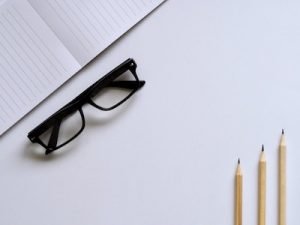 How to use zero, 1st, 2nd and 3rd conditionals (if sentences)

There are four kinds of conditional sentences. The zero conditional describes real or specific situations, while unreal Conditionals describe unreal, imaginary situations or hopes for the future. With unreal conditionals there is a difference in the likelihood of them happening, however, they don’t refer to the past. The 3rd conditional is for past regret, how something could be different or a past hypothetical situation.

Conditional sentences are very useful structures in IELTS as they are seen by the examiner as complex sentences and are often included in a natural conversation. This comes in very handy in the IELTS speaking section when talking about your daily life, talking about possibilities and expressing regret or a hypothetical past.

This is used to talk about what you normally do in real-life situations or a specific situation.

Compare:
When I have a day off, I usually go to the cinema.
(I tend to have days off)

If I have a day off, I usually go to the cinema.
(I don’t get many days off)

The 1st Conditional is used to talk about imaginary situations but the possibility is stronger.

The 2nd Conditional is used to talk about imaginary situations but the possibility is weaker.

1. If I win the lottery, I will buy a new car. (I do the lottery quite often and I expect to win one day)

In the first sentence above use the 1st conditional to express the stronger possibility and the second sentence expresses the weaker possibility. More examples below.

Anne: Where would you live if you could move to Europe?
Betty: I reckon I would live in Madrid, it’s a great city.

John: If you could change your job, what would you like to do?
Bob: I would like to be a Chef If I had the chance because I love cooking.

These are used when talking about how the present moment would be different if things had happened differently in the past. It is also useful when you talk about regrets or wishing something could be different.

Wrong: If you would have given me your email, I would have been able to contact you quicker.

Right: If you had given me your email, I would have been able to contact you quicker.

This is commonly used to add emphasis that you have a regret about something. It can replace the word ‘if’ .

Using ‘were to’ in an If sentence.

‘were to’ can be put into conditional sentences if you feel the outcome might be terrible or if it is something you don’t really want to think about.

Are these sentences right or wrong? (4 of them are wrong)